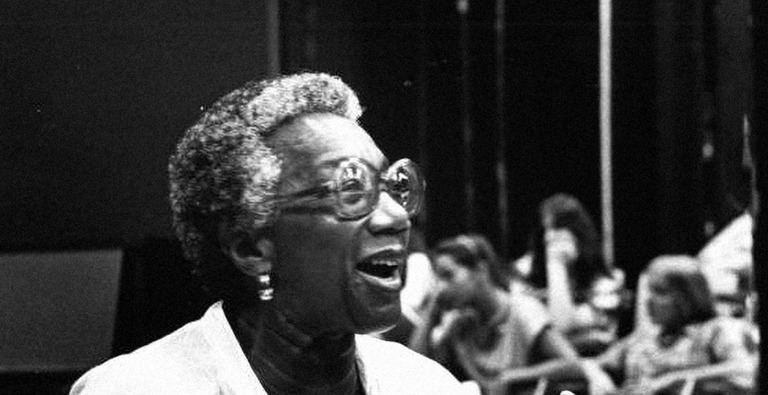 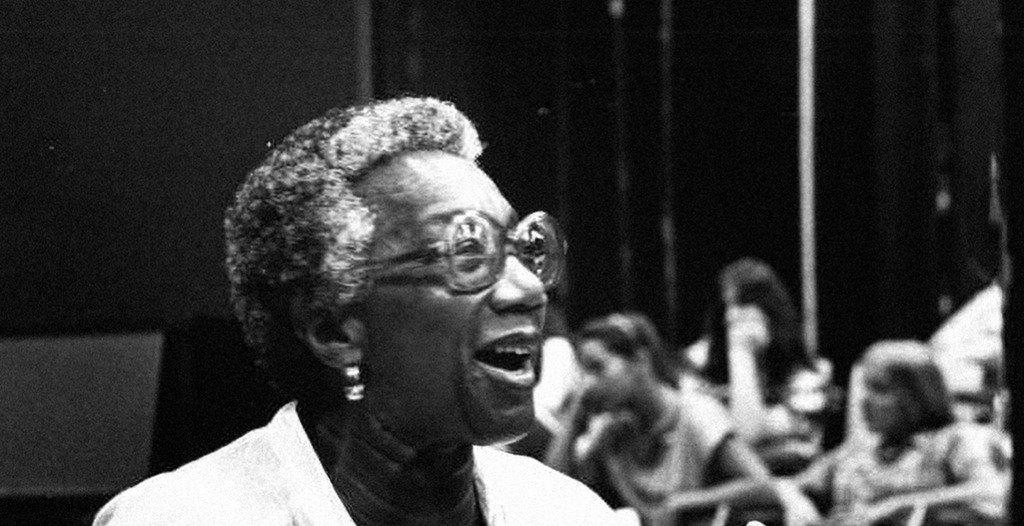 She and her sister moved to Falmouth, Jamaica, to live with their maternal grandmother, then returned to Harlem, New York City, in 1933.

Died in Lauderhill, Florida, of complications from heart disease and diabetes, on November 5, 2002, at the age of 80.

Encouraged her children’s intellectual and cultural development; encouraged them to be well-rounded in their knowledge of literature and the arts

Encouraged his children to pursue careers in the medical field

Earned a B.A. from Long Island University in 1944

Earned an M.A. from New York University in 1946

Ph.D. candidate in psychology at Columbia University from 1948 to 1950; completed her coursework, then dropped out to pursue acting full-time [source:

Studied acting at the Actors Studio while attending Columbia University

While Vinnette Carroll was pursuing her Ph.D. in psychology at Columbia University and working as a clinical psychologist at New York City’s Bureau of Child Guidance, she was also studying acting with Lee Strasberg at the Actors Studio. In 1950, Carroll forwent her career in psychology to pursue the performing arts full-time. She studied acting at The New School, where she received a full scholarship (arranged for by Erwin Piscator), and at the dramatic workshop at The New School with Stella Adler and Lee Strasberg. Carroll went on to teach drama from 1955 to 1966 at the High School of Performing Arts in New York City. At the same time, she was working as an actor and a consultant for the New York State Council on the Arts.

Carroll made her Broadway debut in A Small War on Murray Hill in 1957. The show lasted for only one week, but Carroll went on to have a robust and successful career on Broadway and beyond. She acted on Broadway in Jolly’s Progress, and as Fatateeta in Caesar and Cleopatra. In New York in 1964 she won an Obie Award for Distinguished Performance in the CBS stage program Beyond the Blues. For her directing work, she won a Ford Foundation grant. Carroll was the first Black woman to direct on Broadway and the first Black woman to be nominated for a Tony, both for the show Don’t Bother Me, I Can’t Cope, in 1972. She also brought her show Your Arms Too Short to Box with God to Broadway three times.

In addition to Broadway, Carroll acted in films. She portrayed the grandmother in One Potato, Two Potato and the mother roles in Up the Down Staircase, Alice’s Restaurant, and The Reivers. She also had great success in London, where she starred in a stage production of Moon on a Rainbow Shawl in 1959, portrayed Berenice in The Member of the Wedding for Granada TV in 1960, and directed and acted in many shows for Associated Rediffusion. In 1994, she directed her own version of Eden, a melodrama she had seen staged in New York 20 years previously by the Negro Ensemble Company.

Carroll was a crucial member of the Ghetto Arts Program, which was funded by the New York State Council on the Arts. Her involvement there later led her to found the Urban Arts Corps, an organization dedicated to providing professional training and development for disadvantaged Black and Puerto Rican youth between the ages of 17 and 22, most of whom attended public school in New York City and lived in Harlem or Brooklyn’s Bedford-Stuyvesant section. The ethos and values of the Urban Arts Corps were based on offering artistic and cultural experiences that would promote the personal, professional, and educational development

of people to whom theater education was otherwise not available. Actualizing the slogan “Black is Beautiful,” the Urban Arts Corps developed theater companies that produced shows written and produced by people of color.

Carroll said of the Urban Arts Corps: “It cannot be gainsaid that the fight for meaningful employment, decent housing and freedom from hunger must preempt the fight for ‘Arts’ in our list of priorities. It is, however, vitally important to utilize art and the artist as valuable tools in the struggle, as lubricants in communicating the struggle and as forces for creating a more sane, more cultivated, more peaceful lifestyle.” [source: NYPL Urban Arts Crops records 1955-1983]

At the end of Carroll’s career, the Vinnette Carroll Repertory Company was opened in her honor in Fort Lauderdale, Florida. She served as the producing artistic director of this church-affiliated theater that was created in recognition of her legacy and impact on the theater community.

Carroll’s successful career in the performing arts was a passionate rejection of the expectations placed upon her by her father to pursue a career in the medical field, and by the constraints imposed by the world at large. Her professional, educational, and philanthropic work paved the way for Black women in musical theater. In 1967, Carroll told an interviewer with The Los Angeles Times: “I have had a great deal of hurt in the theater both as a Negro and as a woman, but I don’t get immobilized by it. I tell myself that no one individual is going to make it impossible for me.”

Carroll’s successful career in theater was groundbreaking and controversial. While she was encouraged by her mother to pursue an education in the arts, her father never approved of her decision. In addition to the familial tensions this caused, Carroll also had to navigate a field that was largely dominated by white men. When roles for her to perform did not exist, she began producing, thus creating new opportunities for herself and other Black performers. Her founding of the Urban Arts Corps was revolutionary in the sense that it ensured that beyond her life and involvement in the theater, people who had been historically discouraged from pursuing music and the arts would be presented with opportunities to do so. Carroll viewed the arts as a means of survival and self-fulfillment, and despite the interpersonal and societal challenges that she faced, she forged a path for herself and other Black performers that lives on to this day.

The Work of Vinnette Carroll: An African American Theatre Artist

Doctorate
University
C. 19
Back to filters