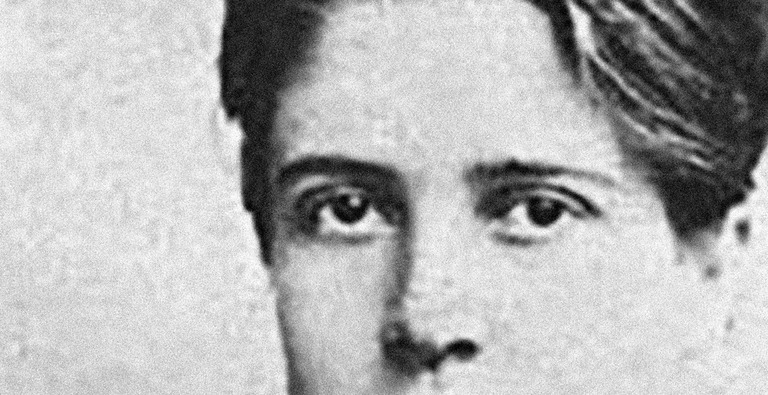 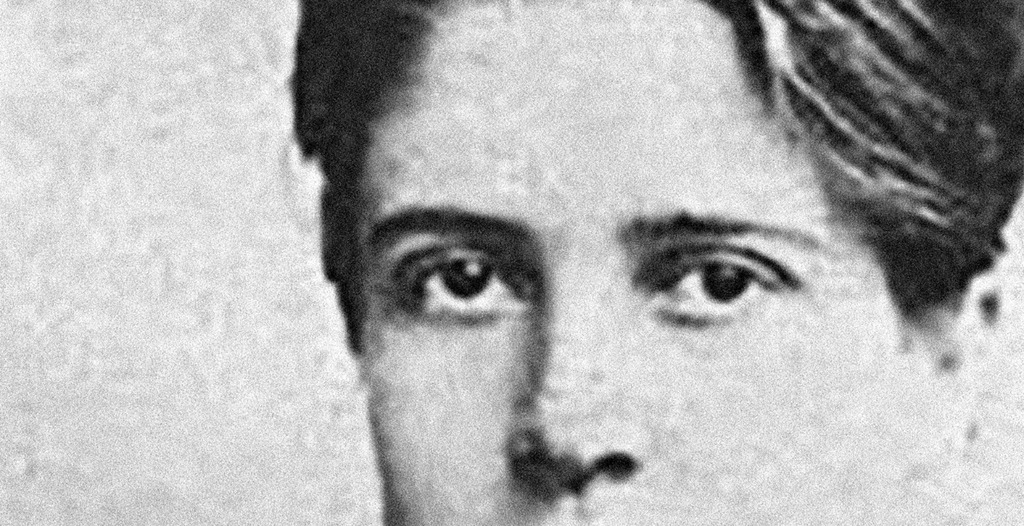 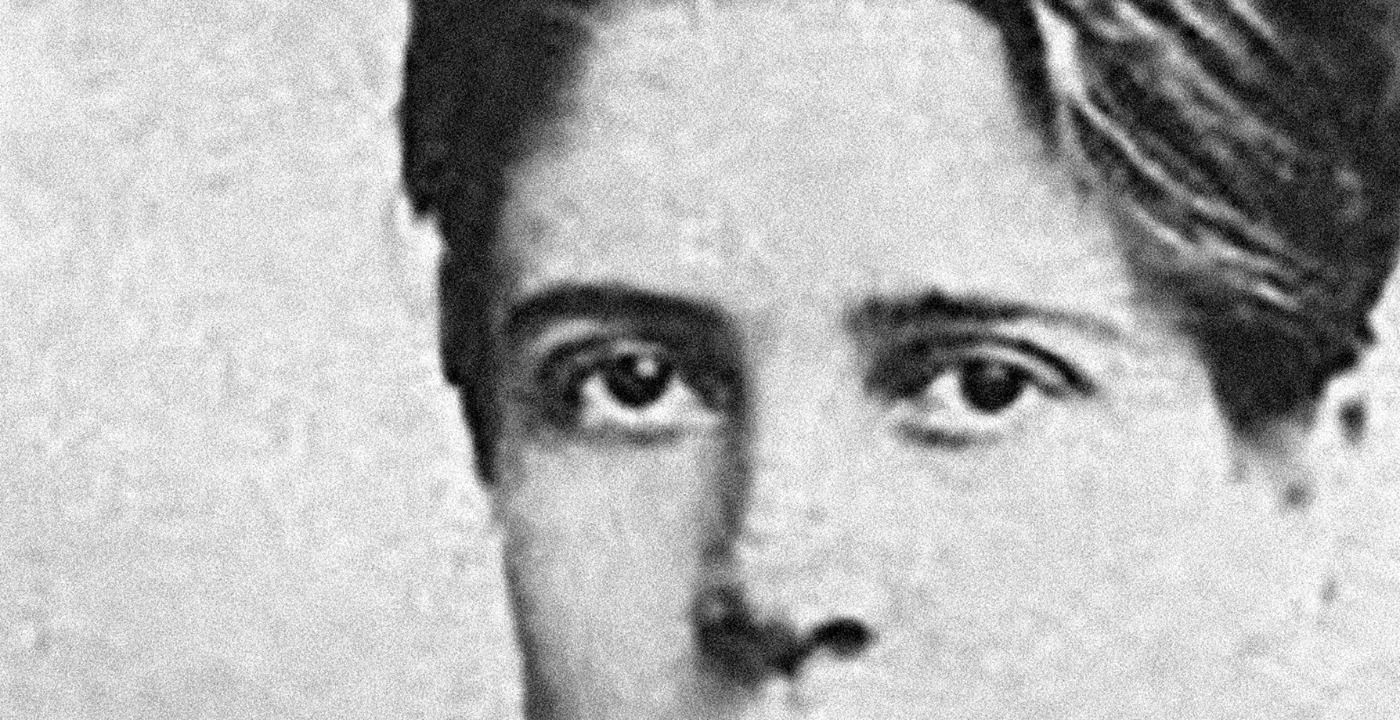 compiled by Leigh B. Bienen

William Darrah Kelley, a self-made man whose own father had died when he was two years old, was a Congressman for thirty five years, a Judge and a States’ Attorney in Philadelphia, a writer, a reader, and always active in reform politics. As a congressman, he was widely known as Pig Iron Kelley for his unflagging support for protectionist tariffs for American infant industry, especially for the steel manufacturers in Pennsylvania.

Caroline Bartram Bonsall was from a family of distinguished and educated Quakers who had been active in the abolition movement, often at great personal and bodily risk to themselves.

Florence Kelley’s great-aunt was Sarah Pugh, 19th century schoolteacher and abolitionist, and co-founder and leader of the influential Philadelphia Female Anti-Slavery Society, a women's group open to all races.

Florence Kelley was educated at home for much of her childhood, both because the family lived in what was then far away, four miles, from the center of Philadelphia and because she was often sickly as a child. Occasionally she attended a Friends School, but then ‘ended in bed and a winter of rheumatism’. At the age of ten she began reading through her father’s extensive library at home, starting at the southwest corner, floor to ceiling, and continuing until she had read all of the hundreds of books in the Congressman’s library.

In September of 1876 Florence Kelley entered Cornell University, College of Arts and Sciences in one of the first classes to include women. Her senior thesis was written on the subject of laws regarding child labor. She graduated in 1882, and received a law degree from Northwestern University School of Law in 1895, after graduate study in law, politics and economics at the University of Zurich in the 1880's (although she was not awarded a degree from the University of Zurich).

Florence Kelley grew up in a family of Philadelphia Quakers who had a long standing commitment to the abolition of slavery, universal suffrage and the education and literacy of women.

By the time Florence Kelley came to Chicago in 1891, she was already an accomplished public speaker, fund raiser, political organizer, writer, a translator of the prominent European socialist Frederich Engels, fluent in five languages, and skilled and sophisticated about people, society and the law.

Florence Kelley lived in Chicago from 1891 until 1899, leading and participating in a variety of projects as a member of the Hull House. These included: a wage and ethnicity census of the slums and tenements in Chicago; the reporting of cases and contagion in the smallpox epidemic of 1893; the enforcement of the universal primary education laws, and, most importantly, enforcing the provisions of the Illinois Factory Inspection Law of 1893. She  was appointed the first woman factory inspector in the United States, by Illinois Governor John Peter Altgeld in 1893.

A prolific translator and writer of books, journal articles, and pamphlets, her best known work today is Hull House Maps and Papers, published in 1895, and still a classic of sociology and ethnography, and includes spectacular wage and ethnicity maps. Kelley also wrote several books including Some Ethical Gains Through Legislation (1905), Modern Industry in Relation to the Family (1914), The Supreme Court and Minimum Wage Legislation (1925), and Autobiography (1927).

Florence Kelley was a towering figure in American social reform during her life and after her death, although there were periods where her progressive reforms were not as well-received such as during World War I. She was a hero and inspiration to many young women, including Frances Perkins, who first met Kelley when Kelley was giving a series of public lectures in American universities on improving the conditions of labor. Perkins became America’s first woman cabinet minister, and contributed toward passing the law in 1938 that effectively banned child labor for good.

From the Introduction of Florence Kelley and the Children, Leigh Bienen:

We are all living in the middle of another extraordinary time, another revolutionary time. In Chicago we are once again in the middle of it: the steamy politics, the torrent of unresolved economic issues; unprecedented international challenges; a contradictory political situation and some anarchy; all of it inescapably steeped in the law. The more I watched what was happening from 1995 to 2013, the more it started to look like America in the 1890s.

In Chicago, politics remains our principal preoccupation, entertainment, and the scourge of our struggle to create a responsible, accountable civil society. Remarkable people walk on stage, disappear into the wings, and what happened when and where and to whom, becomes a matter of dispute, sometimes in the courts. Public officials come and go, and some end up in prison. And so it was in the 1890’s. The hands on the levers of power may have changed, but many patterns and synchronicities remain.

There has indeed been a revolution, and it has changed our world, most notably but not only in our employment. It wasn’t the revolution Florence Kelley and her colleagues kept talking about, waiting for, and writing about. They could not have envisioned every office and factory being filled with people staring into computer screens. Many are left out, many have had their expectations upended, and some few have been richly rewarded.

Now, as in Florence Kelley’s time, all questions, big and small, are on the national agenda. And all of us—parents, children, grandparents, lawyers, government officials, teachers—try to leave things a little better and to make sense of our world, our lives, our work. Yet we can do no more than extrapolate from our experience, just like the 1890s reformers.

The law continues to be primary, portentous, pretentious, stubborn, often wrong, too frequently plagued by corruption and conflict of interest. Waste and fraud in government are tolerated and perpetuated by our own inertia, incompetence and fear.

Yet the law for all its faults is all we have and within the institutional structures of the law, important changes do sometimes happen. A factory inspection law is passed, and some change takes place. A series of wrongful capital convictions is uncovered, and eventually the death penalty in Illinois is abolished.

And, life goes on, for the lawyers, for the reformers, for those who oppose the reforms, for the teachers and students, and for everyone else. Those who can read and write, have shelter and access to food and water, and the possibility of employment, and live in a stable political environment are the lucky ones, and the few. If the law, or the illusion of the rule of law, can create the structure for a stable civil society, it does its most important job. And so this book became about Florence Kelley and her work as Factory Inspector, and about legal reform now. The obstacles presented by the political realities of our time don’t look much different than those faced by those remarkable advocates for legal reform in the 1890s, Florence Kelley and her colleagues at Hull-House.

Florence Kelley’s work provided the basis for the federal Fair Labor Standards Act of 1938, which was passed six years after her death. Florence Kelley also worked with labor law reform activist Josephine Goldmark and famed lawyer Louis Brandeis to draft the “Brandeis Brief” for the landmark Supreme Court decision Muller v. Oregon, which upheld the constitutionality of a state mandate that provided women shorter work hours than men. The Brandeis Brief consisted of over 100 pages of sociological evidence and only two pages of legal argument and set the precedent for combining legal arguments with social and scientific evidence. This strategy was used decades later in Brown v. Board of Education to highlight the harmful psychological effects of segregation in education on African-American children.

Contemporary Identifications. (In which disciplines, fields, knowledge-ordering systems is she currently included?)

Florence Kelley lived and worked at the Hull House social settlement in Chicago. The Hull House, a social settlement at 335 Halsted Street, was a new enterprise, founded by Jane Addams and her friend and collaborator Ellen Gates Starr, only open since September 18, 1889. Jane Addams was later to be awarded the Nobel Peace Prize, just before Florence Kelley's own death in 1932. The Hull House was home to a community of female social reformers, including  Jane Addams, Ellen Gates Starr, Alzina Stevens, Mary McDowell, Edith Abbott, Grace Abbott, Julia Lathrop, Alice Hamilton, and Sophonisba Breckinridge, who volunteered to provide educational and social opportunities for the working class immigrants in the surrounding Chicago neighbourhoods.

A unique array of energetic and talented individuals who, along with Florence Kelley, were in Chicago in the 1890’s played important roles in the Herculean efforts to clean up the sweatshops — Henry Demarest Lloyd, Jane Addams, Mrs. Thomas Morgan, Carroll Wright, Abraham Bisno, and Florence Kelley. They persistently fought for legal change against opposition and all the odds against them.

Florence Kelley was a lifelong advocate for women, children and African-American civil rights. As the first female factory inspector, Kelley and her colleagues worked to place children in school and remove them from tenement factories and dangerous industrial environments. Throughout her life Florence Kelley advocated for literacy and reading. She started teaching reading immediately after graduating from college, and continued to teach reading herself and advocate for literacy throughout her life.

In addition, Florence Kelley founded the Intercollegiate Socialist Society with Upton Sinclair and Jack London and was a co-founder of the National Association for the Advancement of Colored People (NAACP) in 1909.  In 1919, she was a founding member of the Women's International League for Peace and Freedom. She also served as vice president of the National American Woman Suffrage Association for several years.

This book is available for purchase on Amazon:

For a full bibliography of the Florence Kelley Project please see:

This tool created by Prof. Leigh Bienen can search for each of the 50,000 individual pages in the Florence Kelley Project archives.

You can also see listings of all documents, organized by document type.

Florence Kelley Letters Project
Kathryn Kish Sklar, co-director of the Center for the Historical Study of Women and Gender, and Beverly Wilson Palmer, research associate at Pomona College, received a grant from the National Historic Publications and Records Commission of the National Archives and Records Administration to complete their one-volume edition of the letters of Florence Kelley. The Selected Letters of Florence Kelley: 1869 – 1931, edited by Kathryn Kish Sklar and Beverly Wilson Palmer, was published in May 2009.

Florence Kelley: A Commitment to Social Work
A part of a website dedicated to Women's Intellectual Contributions to the Study of Mind and Society.

The Selected Letters of Florence Kelley