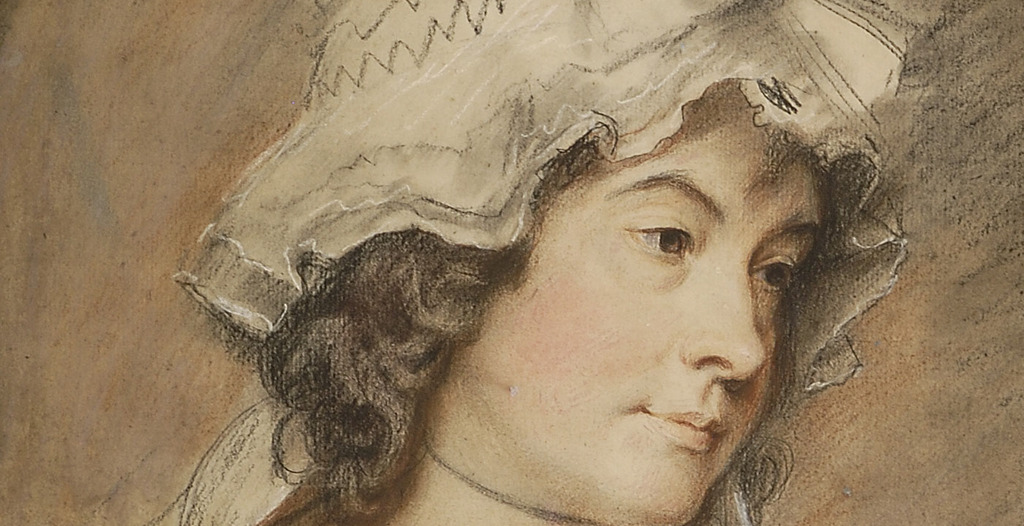 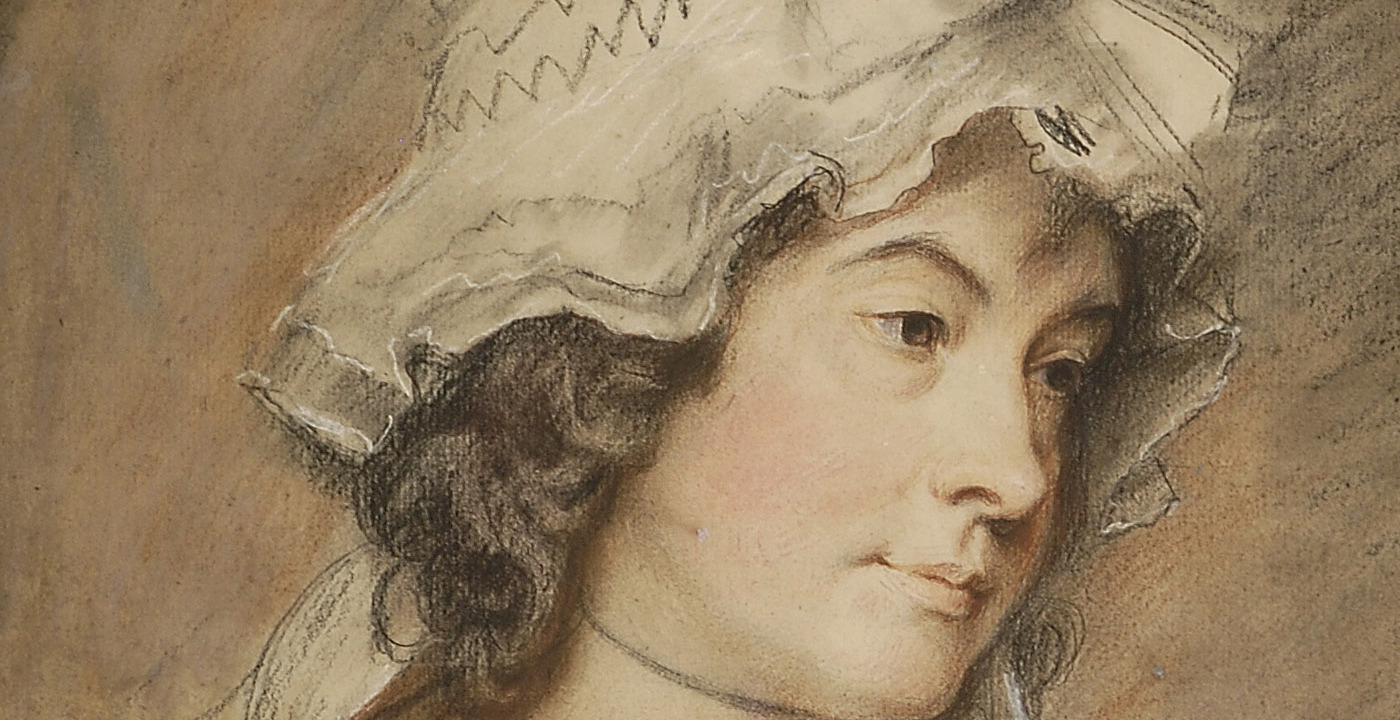 28 October, 1806, in Tilford, Surrey. Buried at Stoke Church, near Guildford.

Father: Nicholas Turner, gentleman. Turner was a wealthy man, with estates in Surrey and Sussex and a house in London.

Anna Towers was widely agreed to be a woman of exquisite beauty and keen mental accomplishments and had only a small settlement of £1,000 upon her marriage to Nicholas Turner. She and Nicholas had three children. Charlotte was the eldest, followed by Catherine Ann (1752-1834)--later to become a popular children’s author--and Nicholas (1753- ?). Anna died giving birth to Nicholas. After Anna’s death, her husband placed the children in the care of her unmarried sister, Lucy Towers, and left to travel abroad for many years. In 1764, in an effort to resolve financial difficulties that had resulted in the selling of his Stoke Place estate, Nicholas married the wealthy Miss Henrietta Meriton.

The Smiths’ marriage was extremely unhappy. Benjamin appears to have been a violent man, and he was also unfaithful and an inveterate spendthrift. Charlotte’s father-in-law recognised Benjamin’s shortcomings, and he wrote a will that he hoped would protect his grandchildren from the worst of his son’s excesses by providing them with small incomes in the event of his death. However, he wrote the will without the benefit of legal advice. Richard Smith died in 1776 and by the time that his estate was finally settled in 1813, his £36,000 fortune had been whittled down to about £4,000. Charlotte expended a great deal of energy attempting to resolve the matter of her father-in-law’s will in order to provide for her children, and these endless legal battles were a constant source of despair.

Smith went to school in Chichester from the age of six. She displayed a talent for drawing at a very early age and while in Chichester studied under the painter, George Smith. She also wrote poetry from a young age. At eight, Smith moved with Catherine Ann and their aunt Lucy Towers to London, where she was educated in the traditional feminine “accomplishments” (dancing, European languages, needlework etc.) at a fashionable school in Kensington. At school she was a popular student, displaying a gift for acting, dancing, and learning languages. As was common for women of her rank, at the age of twelve Smith was taken out of formal schooling and introduced to society, where, according to her sister her “playful wit and peculiar vein of humour … distinguished her conversation.” Her enjoyment of society was cut short by her early marriage.

Smith was an Anglican, but the church seems to have not played a significant role in her life. In fact, her literature is typified by a rejection of religious consolation.

In his foundational work on the author, Stuart Curran argues that “Charlotte Smith was the first poet in England whom in retrospect we could call romantic” (Poems of Charlotte Smith, 3). Smith was a self-avowed supporter of women’s rights. She was a critic of the patriarchal foundation of marriage, and of a legal system which worked to strip separated women of the right to their own earnings and children. Smith worked to promote the ideals of the French Revolution, and was proud to count several notable radicals among her friends.

Although she often lamented the fact that her reduced circumstances meant that she could not entertain as much as she might have liked, Smith was a relatively well-connected writer. Her early patron, Georgiana, Duchess of Devonshire, was one of the most well-known and powerful women of the eighteenth century. In the early part of her career, Smith was also great friends with the poet and novelist, William Hayley (now known primarily as William Blake’s patron) whom she relied on to read and correct her poetry in draft. Smith dedicated her first volume of poetry, Elegiac Sonnets, to Hayley and when the two poets later fell out Smith felt the loss of her famous literary friend acutely.  Smith knew William Wordsworth, who visited her in Brighton in 1791, and received from her a letter of introduction to fellow radical, Helen Maria Williams, whom he planned to visit in France. Robert Southey, just beginning his poetic career at the end of Smith’s, was also pleased to call the poet his friend as was William Cowper. Smith dedicated her long poem “The Emigrants” to Cowper, noting that the “force, clearness, and sublimity” of his long poem The Task, influenced her own long poem. Smith also had substantial links to the radical intellectual circle centred around the publisher Joseph Johnson. She corresponded with Mary Hays (who wrote an early biography of Smith for Public Characters of 1800-1801), and was friends with William Godwin.

Charlotte Smith wrote across the genres and was well-respected as a children’s author and novelist. But her contemporary literary reputation rested upon her incredibly popular poetry which, she believed, was “not the least likely among the works of modern Poets to reach another period” (Letters, 706).

Smith’s literary career began with the publication of Elegiac Sonnets (1784), a volume widely credited with beginning a revival of interest in the sonnet in the latter part of the eighteenth century. First published while Smith and her husband were imprisoned for debt,  this book was to go into numerous, ever-expanding editions over the course of the poet’s lifetime. Her other major poetic works, The Emigrants (1793) and Beachy Head, with other Poems (1807) established her as one of the most important poets of her era.

In the latter part of her career, Smith wrote a number of books designed for the education of small children. Rural Works: in dialogues. Intended for the use of young persons (1795), was followed by Rambles Father: A Continuation of Rural Walks (1796); Minor Morals, interspersed with sketches of natural history, historical anecdotes, and original stories (1798); The Letters of a Solitary Wanderer: containing narratives of various descriptions (1800-2); Conversations Introducing Poetry: chiefly on subjects of natural history. For the use of children and young persons (1804); and The History of England, from the earliest records, to the Peace of Amiens, in a series of letters to a young lady at school. A Natural History of Birds, intended chiefly for young persons, was published posthumously in 1807.

Smith also wrote a comedy. What is She? premiered at the Theatre Royal, Covent Garden, in 1799.

Charlotte Smith’s work was celebrated by contemporaneous critics, with radical journalist John Thelwall proclaiming that the writer’s sonnets “display a more touching melancholy, a more poetical simplicity, nay I will say, a better vigour and correctness of genius, than any other English poems that I have ever seen under that denomination, and I certainly do not mean to except the sonnets of Milton.” (Charlotte Smith: The Major Works, 232). But Smith’s work was also incredibly popular with the contemporary reading public, and as early in her career as 1786 we see readers responding to Smith’s work in verse form in the newspapers and periodicals of the period. Even conservative periodical the British Critic acknowledged upon her death that Smith was  “a genuine child of genius” with “a most vivid fancy, refined taste, and extraordinary sensibility” (Charlotte Smith: The Major Works, 257).

Smith’s reputation as one of the most accomplished poets of her age does not seem to have survived long into the nineteenth century. While she is a prominent figure in Alexander Dyce’s remarkable anthology of women’s poetry, Specimens of British Poetesses (1827) with more of her poems reproduced than any other poet in the collection, her poetry seems to have fallen out of fashion by the 1830s and 40s. This fall in status is, perhaps, reflected in the fact that Elizabeth Barrett-Browning, one of the most well-read of her immediate poetic successors, did not acknowledge Smith as an important precursory figure. With a few exceptions, Smith’s work was largely forgotten until the explosion of interest in women writers that occurred in the 1980s and 1990s in the wake of second-wave feminism. By the turn of the twenty-first century Smith had, once again, assumed her rightful role as one of the most important of canonical poets of Romanticism.

Smith was a proud champion of radical causes and a vocal supporter of the ideals underpinning the French revolution. The writer, along with contemporaries like Anna Letitia Barbauld and Mary Robinson, was positioned as one of Mary Wollstonecraft’s “female band despising NATURE’S law” in Richard Polwhele’s critique of female revolutionaries, “The Unsex’d Females” (1798). Smith’s first-hand experience of the horrendous sufferings endured by women as a result of the patriarchal strictures of eighteenth-century law and marriage is visible in the many scathing critiques of these institutions to be found in her poetry and fiction.

The writer took the unusual step of separating permanently from her husband on 15 April, 1787, a decision that rendered her virtually homeless. In the years after her separation, Smith lived in numerous places around England (most often in various parts of Sussex and London), rarely living anywhere for more than a year at a time. Remarkably, Charlotte Smith managed to settle all of her male children in careers and at school, and marry two of her girls, on the proceeds she received from writing combined with small allowances from Richard Smith’s estate. Smith was often criticised by contemporary critics for airing her personal troubles, including the legal quagmire in which Richard Smith’s will was stuck for decades, in her prefaces and poetry.

Smith is now regarded as a canonical Romantic author, and new critical interpretations of her work abound. Claire Knowles and Ingrid Horrocks, for example, suggest that The Emigrants (1793) might productively be read in terms of the immigrant crises of the second and third decades of the twenty-first century. Elizabeth A. Dolan’s online resource, the Charlotte Smith Story Map, traces the movements of Charlotte Smith, and is set to play a fundamental role in the examination of Smith and her work in terms of mobility and movement. Meanwhile, much of the best recent work on Smith focuses on her long, unfinished poem, Beachy Head, and eighteenth-century discourses of science and natural history.

Rural Works: in dialogues. Intended for the use of young persons (1795)

The Letters of a Solitary Wanderer: containing narratives of various descriptions (1800-2)

Conversations Introducing Poetry: chiefly on subjects of natural history. For the use of children and young persons (1804)

The History of England, from the earliest records, to the Peace of Amiens, in a series of letters to a young lady at school. A Natural History of Birds, intended chiefly for young persons (1807).

This is a wonderful resource that maps Charlotte Smith’s travels during her lifetime.

Anglican
Educated In Traditional Feminine Accomplishments
C. 17
Back to filters