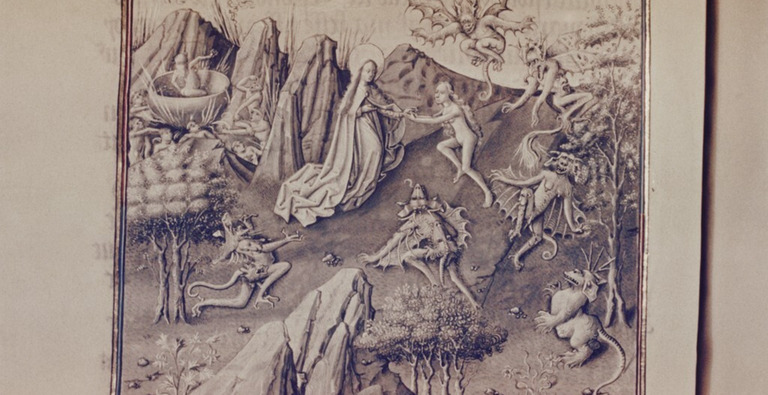 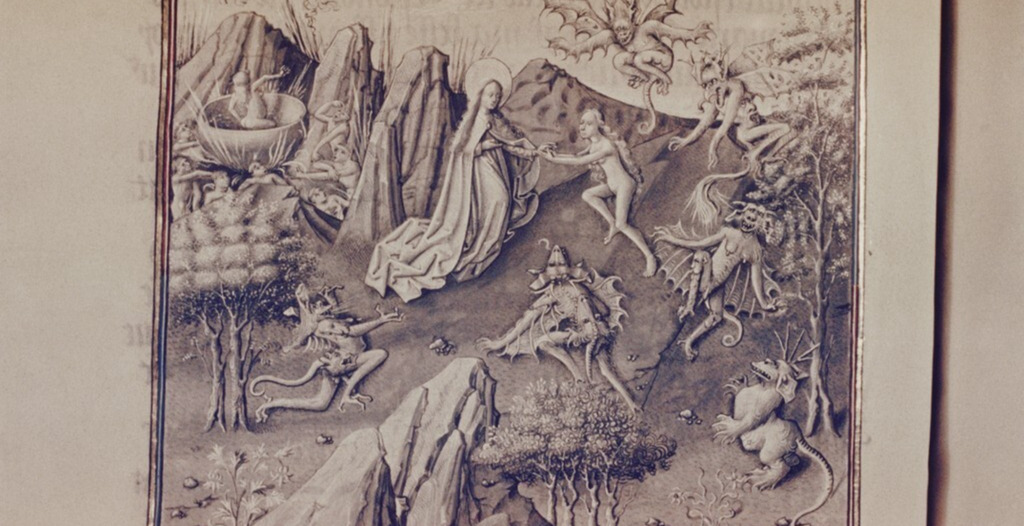 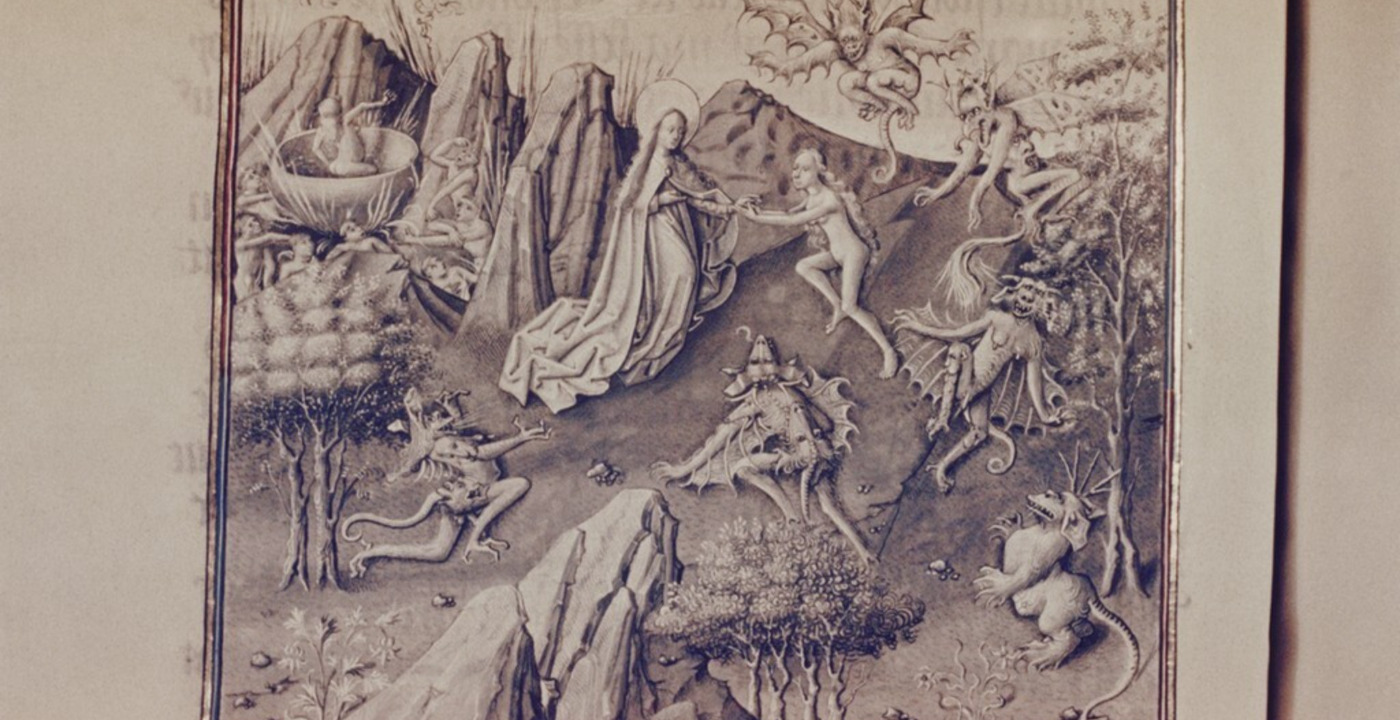 If I could hold Margery Kempe’s hands and carefully read the surface of her skin, I would see a scar shaped like a moon where her teeth tore into her flesh “so violently that it was seen all her life after” (Kempe 1940, 8). In her struggle after the birth of one of her children, Margery felt trapped in her suffering, and seeing no way to express her needs for comfort and control, she marked her fear out on herself. She took what little control she had over her body, and she wrote the story of her fear for everyone to see:

She would have killed herself many times and been damned with them in Hell, and as witness to such she bit her own hand so violently that it was seen all her life after. She scornfully tore at the skin against her heart with her nails, as she had no other instruments, and she would have done worse except that she was bound and kept in restraint, both day and night, so that she might not have her will.

As markings on a woman’s body, these signs of self-harm may be read by some as a crime: she has damaged what the world tells her is not hers; she has no right to destroy the beauty for which she is valued. With compassionate eyes, we can look upon her scar and see a sign of a woman who fought to tell her story, even when no one would hear her speak.

In the first chapter of her Book, Kempe shares with her readers the memory of her self-harm. Having just given birth to one of her children, she fears that she might not survive. A priest is called to hear her confession, but being “too impatient,” he “undermines her before she can say everything she intends.” This dismissal by the man intrusted with her salvation induces Margery’s torment. Fearing “damnation,” she becomes distraught and goes “out of her mind” (Kempe 1940, 7).

Due to the dominance of the pseudo-psychological, misogynistic pathologizing of Kempe by early scholars, this scene was used to dismiss her from the ranks of women worthy of serious study. Even Hope Emily Allen, the woman who pioneered studies of Kempe and first confirmed that the Book had been found in 1934, cited the importance of “hysteria” for describing “psychological types like Margery.” She credited Father Herbert Thurston, a Jesuit priest, with what she considered an informative “diagnosis” which shaped her study of Kempe’s “suggestability,” basing this framework on Thurston’s pseudo-medical definition (Allen, The Book of Margery Kempe, lxv).

For several decades, from the 1930s to the 1960s, Margery was judged “hysterical”, or otherwise dismissed on grounds of mental illness. These judgments damaged her reputation for decades after the rediscovery of her Book. Truthfully, that damage has still not been undone. It is a great testament to the work of feminist scholars in the late twentieth and early twenty-first century, like those who contribute to The New Historia, that Kempe and her self-harm may now be approached as worthy of due care and consideration.

Rather than a product of a distant and foreign insanity, Margery’s skin reveals her fears and desires which resonate with the challenges faced by girls and young women today. Through the Book, she tells us what she thought she was doing by marking her body. Having been dismissed by her priest, a man whose duty it was to comfort and care for her, Margery was overwhelmed by the lack of control over her own condition. Her desire to ‘[kill] herself many times’ overrides all else, and in that moment, her fear and her shame is too brutal, too consuming to be survived.

A young woman at the time of her own self-harm, Margery shares an experience which marks the lives of more than one in four girls and young women today—a number which has only increased across the course of the COVID-19 pandemic (Baumgaertner 2018; Zetterqvist et al. 2021). The causes are well-understood, as girls report that their self-harming serves as:

an interpersonal means to express and communicate mental distress, to make internal pain visible to self and others, or to quell mental anguish by focusing instead on a physical pain; for example, the pain of cutting [...] enabled [them] ‘to feel’—which was preferable to a state of ‘nothingness’.

Despite improved understanding of how and why they self-harm, girls and young women remain disastrously underserved, and rates of self-harm among all young people continue to climb.

As understanding and empathy for self-harming has grown, Margery’s scar emerges in a new light. Her account resonates with the present-day experiences shared by girls and young women. Like them, Margery turned to self-harm to “express and communicate [her] mental distress, to make internal pain visible to [her]self and others.” In her Book, she shares the longing by those close to her—her family, her friends—to alleviate her pain, to prevent her self-harm. But in doing so, they take even more control over her, physically restraining her, removing any bodily autonomy she has, and employing practices still very present in institutionalized mental health care.

Like countless girls and young women have done and will do, Margery marked her skin as witness to her desire for control. As we read of her today and we come to better understand her struggles within herself, her scar gains unnaturally long life and becomes part of women’s histories of self-harm. The story of Margery’s self-harm is women into the narrative of the centuries-, even millennia-long legacy of girls and young women who are disastrously underserved by institutionalized systems of care. These systems—like the pastoral care of Margery’s medieval Church and current mental health care structures—perpetuate the social and political dismissal of girls and women despite being tasked with protecting us.

Emily Morgan Harless is a PhD researcher in English and American Studies at the University of Manchester (UK). Her research focuses on queer and feminist responses to The Book of Margery Kempe and the ethical and political implications of relations between readers and literary ‘others’. She is also the Newsletter Editor for The New Historia, a research and editorial assistant for multiple forthcoming books, and the Graduate Student Representative for the International Society for the Study of Medievalism.